We clean so you don’t have too!

Cleaning is what we do best! Let us do it so you can rest! At House Cleaning Salem Oregon you will find quality service, affordable prices, and customer satisfaction is our highest priority!

Contact us today for a free no-obligation personalized estimate! 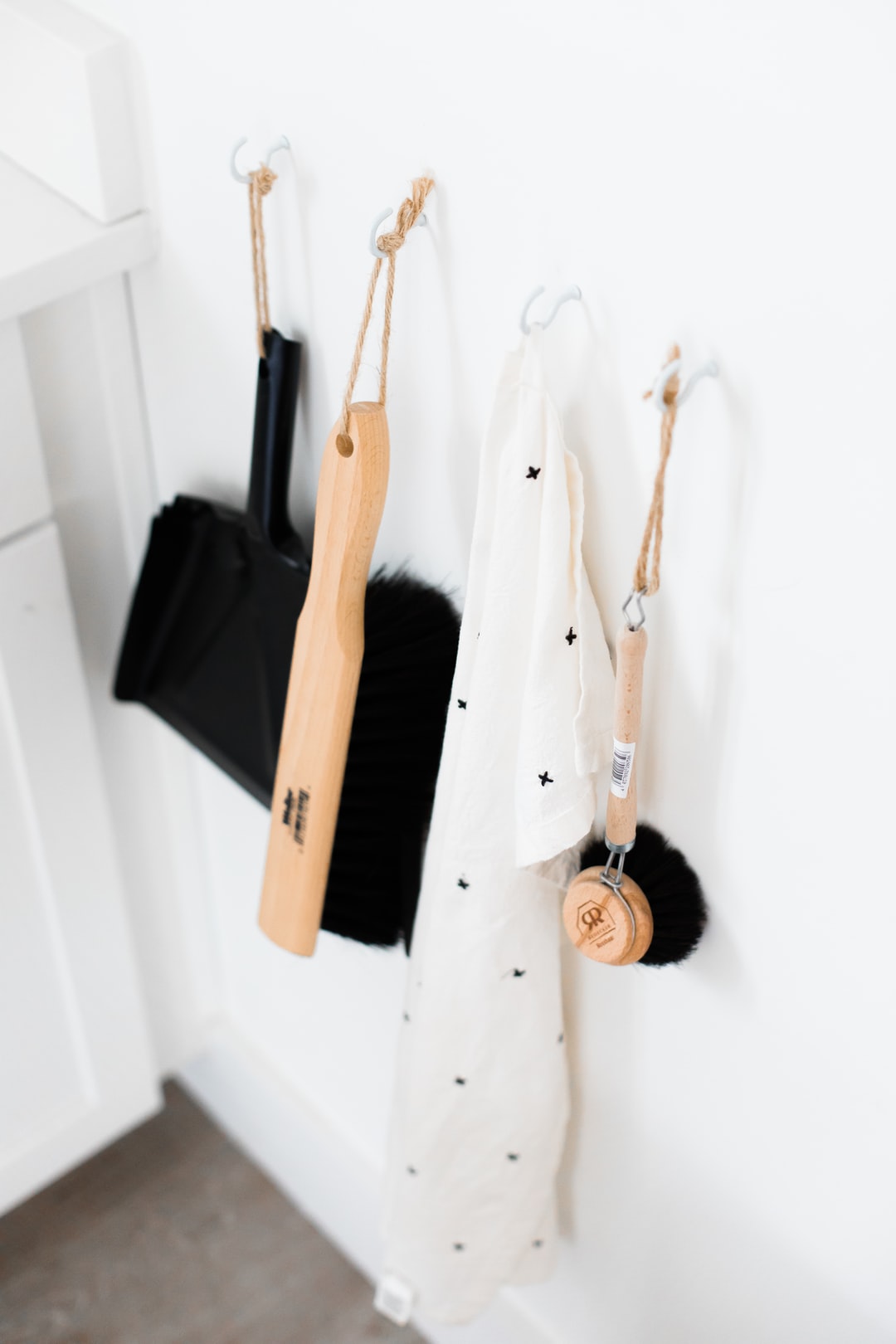 Welcome to House Cleaning Salem Oregon where our tailored high-quality services will meet your specific needs.

With our many years of experience in the business, we will be a committed partner that will provide you with above and beyond quality work at an affordable price.

Never worry about being embarrassed to answer your door again due to the mess building up inside. We can get your home in order, smelling fresh and clean, so you can feel carefree.

We make custom plans for any size of room in your home or business. Our services include house cleaning & sanitizing, apartment and office cleaning, move out & move in, and commercial cleaning.

Salem cleaning services core values are quality, affordability, and customer satisfaction, which will leave you wondering why you didn’t call us sooner! We are fully licensed, bonded, and insured, so you will always feel safe and satisfied. We are dedicated to providing professional customer service with competitive, but affordable pricing for every pocketbook.

Our goal is for you to be so pleased with the quality and cleanliness you see, that the benefit you feel from your clean fresh surroundings will lead you to tell all your friends and family. Our trained and thoroughly screened housekeepers will go above and beyond so your experience with us will always be one to smile & talk about!

Salem house cleaning will not disappoint! We have been servicing homes and businesses in Salem and the surrounding areas for years and we are confident you will be just as pleased as our other clients who continue coming back. We strive to set you up with a plan, personalized to your cleaning needs and we will work together with you to make sure every visit we make is to your satisfaction. Give us a try! You’ll wish you called sooner!

Cleaning companies in Salem are talking about why we have been ranked #1 in Housekeeping services in Salem for the past several years. We will tell you why! We go above and beyond by making personalized plans so each one of our clients feels that they are heard and that their individual cleaning needs will be met. We believe that customer service is what drives our clients back, and what motivates them to spread the word that we are the best cleaners Salem Oregon!

Hiring a cleaning company can be a difficult choice. Here are some important things to look for that we are sure to promise you as you choose us:

We will do your cleaning so you don’t have to! Call Home cleaning services Salem Or TODAY for a free estimate!

Join House Cleaning Salem Oregon today! We will not let you down! We promise to treat you with respect from start to finish throughout the entire process. We will listen to your specific cleaning needs and see if you need one of our pre-planned services or if you need a more personalized one. Either way, we want you to be satisfied with what you choose. The rest is up to us and we will make sure you are completely satisfied!

When you call for your initial appointment we will set you up with a time to discuss your cleaning needs. We will ask you questions as to what is important to you and what you would like to come home to when your day is complete. We want to clean how YOU want it done! Working together will ensure that you get the outcome you desire. When your personalized plan is complete, we will set up your start date and you will be all set! It really is that easy!

We wouldn’t be the #1 house cleaning services Salem Oregon without the help of our customers who love what we do, and love how they feel at the end of the day. We welcome you to be a part of home cleaning Salem Or and feel the satisfaction yourself!

Call for a free home cleaning estimate TODAY, or fill out the request form and we will call within 24 hours to get you started. 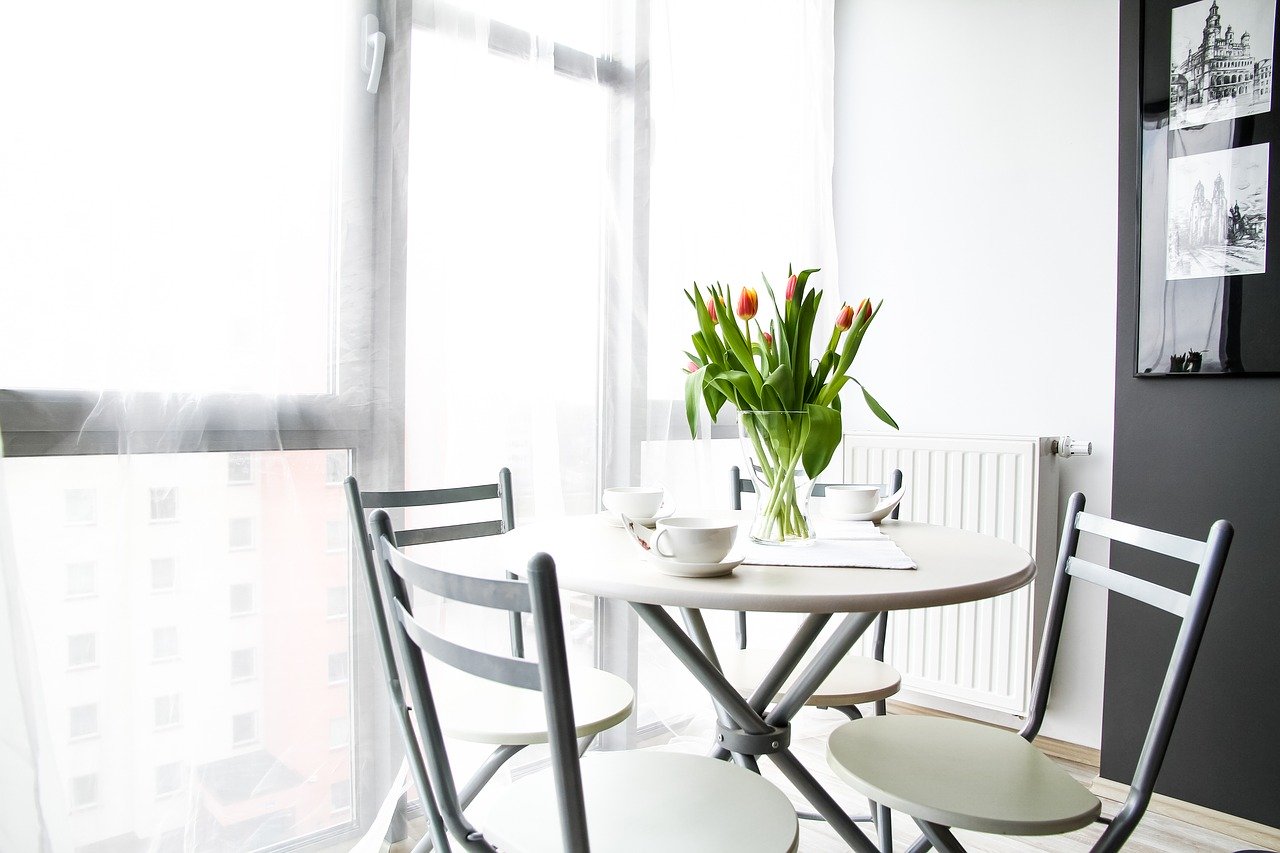 Looking for housekeeping can sometimes be a challenge. We can help you decide by making it simple with a checklist for you to go over and see what is a priority to you, and what you want to see cleaned when you come home at the end of the day. We will always do the basic residential cleaning services such as sanitizing the bathrooms & kitchen, vacuuming, dusting, and mopping. Extra services can be added for a nominal charge. 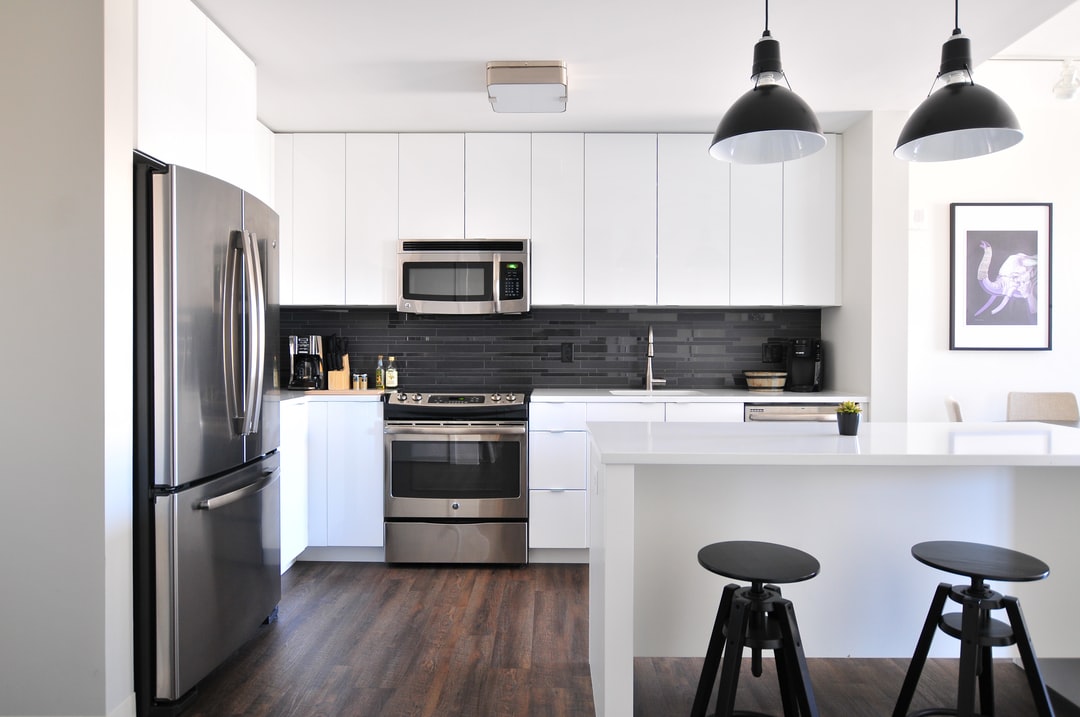 Even though an apartment is a smaller area it still needs to be cleaned! When you are moving the last thing you want to do is the cleaning, so we can do it for you, as that’s what we do best! We will do the house cleaning basics and additionally do the blinds and baseboards. 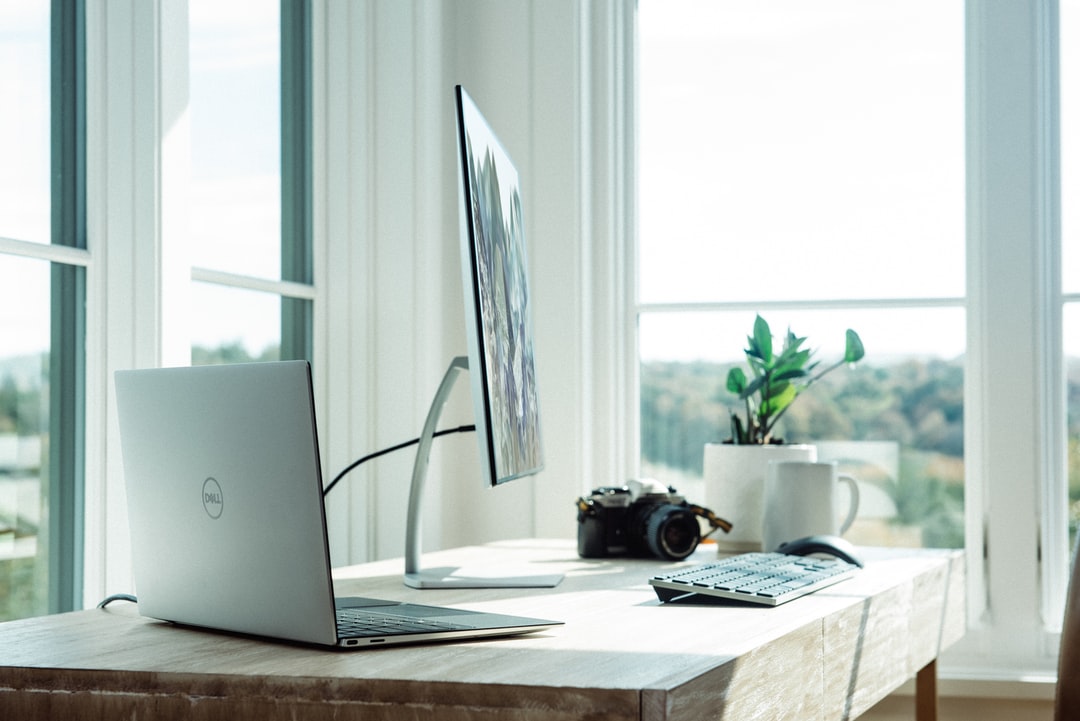 Clients coming into an office need to have a good first impression to return. Office cleaning Salem will make it our priority to clean your office to be presentable and impressionable! We will sanitize all surfaces, vacuum, dust, empty garbages and shredders, and Windex all entryway doors and windows. 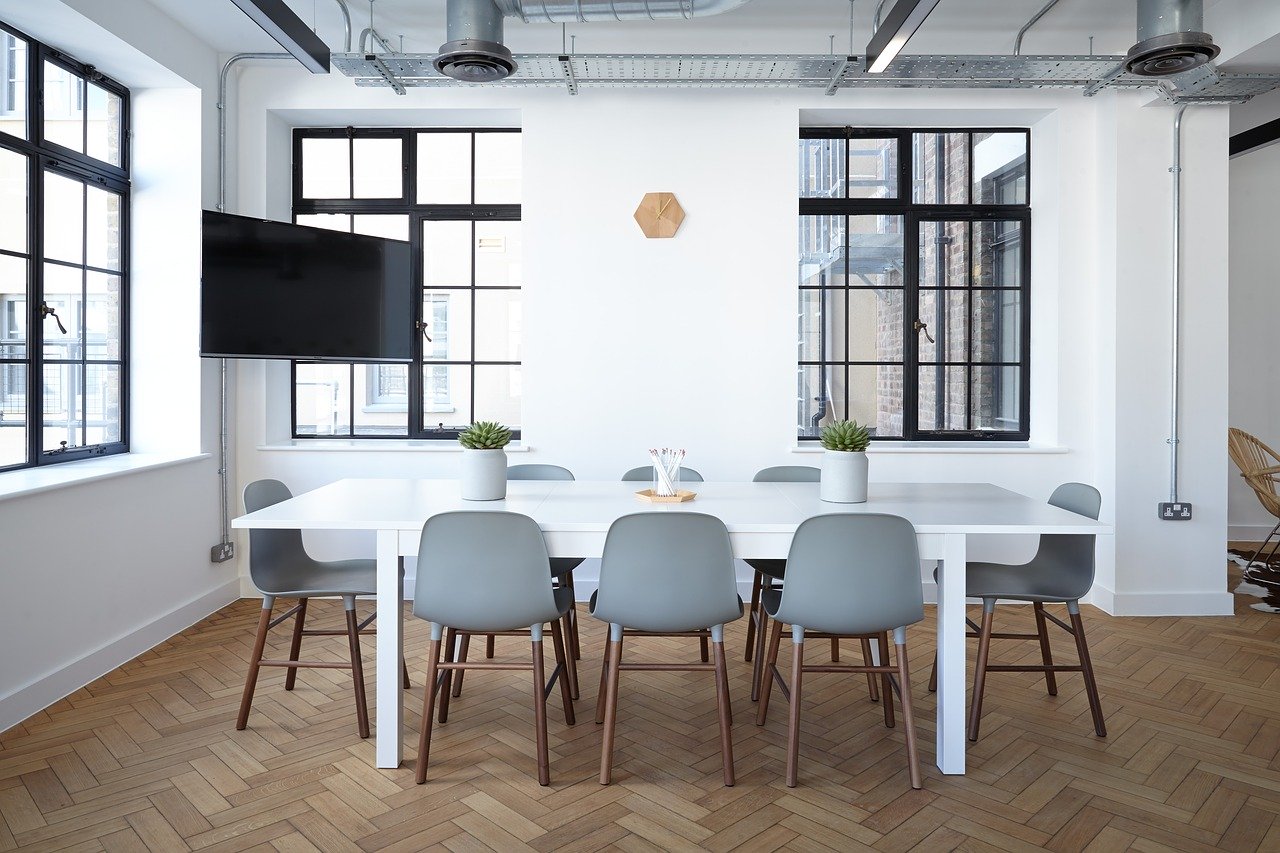 Leave the professional cleaning services to the big guns! We have a team who will get the bigger jobs done in a jiffy! If you’re looking at having a church, bank, retirement home, or any other industrial size building cleaned, we got you covered! We handle industrial mopping, vacuuming, buffing of the floors, as well as any maintenance, or window washing. CALL commercial cleaning Salem Oregon TODAY to get your free quote! 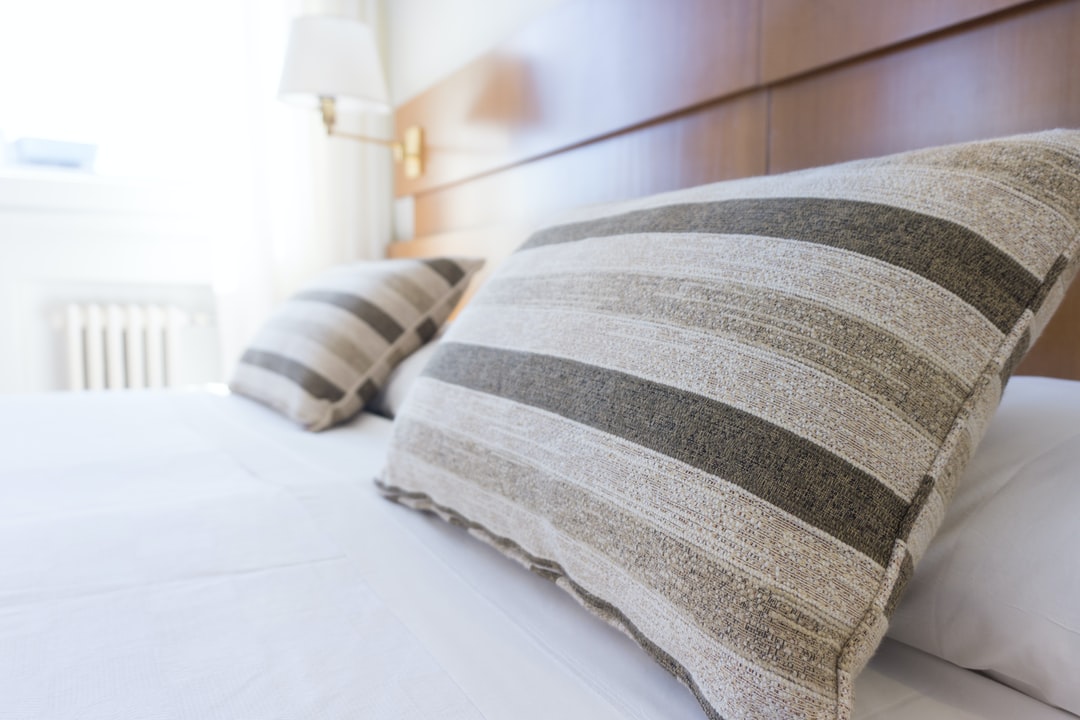 When it comes to daily house cleaning sometimes you just don’t have time for it all. We can help with things like changing sheets, organizing and picking up bedrooms and rec rooms, laundry, dishes, and many other tasks that just don’t seem to get done regularly. Call to find house cleaners near me TODAY! 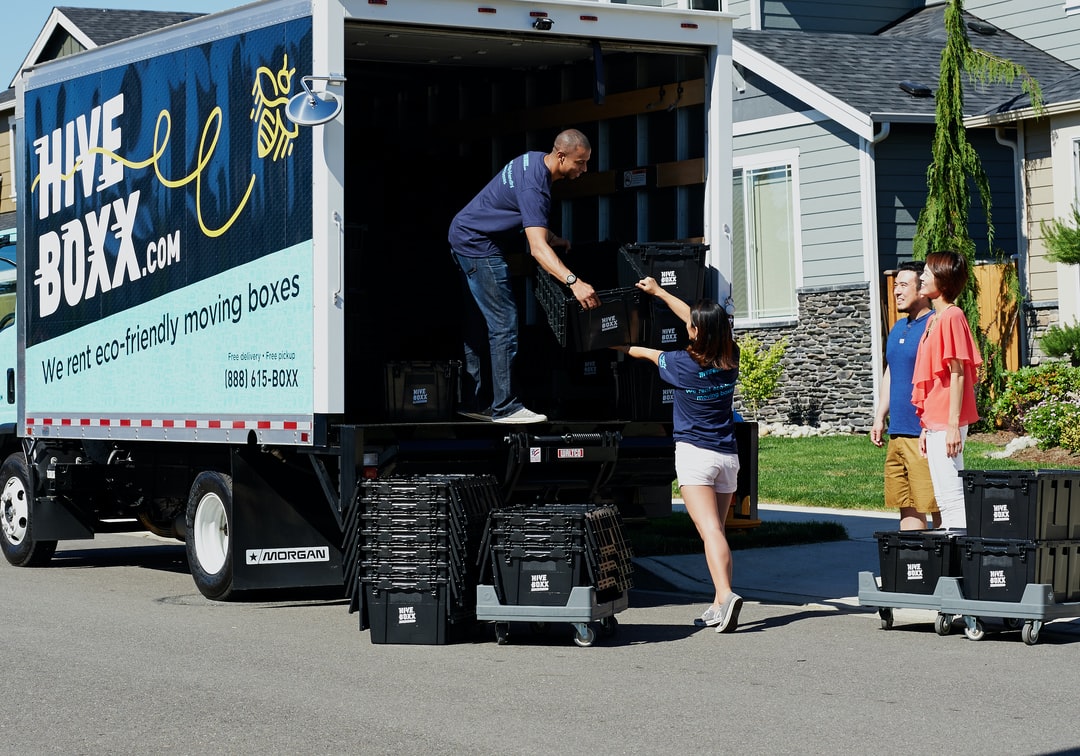 Who likes moving? No one! Who likes cleaning and moving? No one! This can be a daunting task! We would love to ease your burden by bringing in our best maids and butlers to spiffy up the old and bring in the new! You can concentrate on the move, not the muck! Cleaning services Salem Oregon will get you off to a great start in your new place! 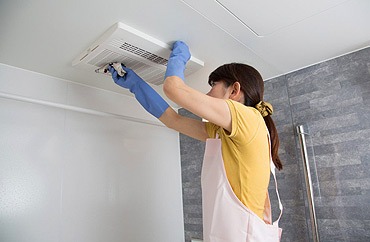 Having maid service will help you with the everyday hustle catching up on your daily chores and complete all the other tasks on your list, such as walking the dog, buying groceries, cooking dinner, changing bed sheets, cleaning garbage cans, or babysitting the kids while you take a much-needed break. Call for a Maid service near me today to get that break you deserve.

There are many theories of where Salem got its name. One idea is from the last five letters in Jerusalem, another from a Hebrew word Shalom, meaning “peace.” It is a peaceful city with a growing population of 174,365.

This capital of Oregon has four seasons where you can enjoy warm summers as well as fresh springs, a beautiful fall, and glistening white snowfall. It has been nicknamed the “Cherry City” due to the local cherry farming industry and fruit products that you can purchase at the Farmers Market downtown during the summer months.

If you’ve ever eaten Kettle chips, they most likely were made out of Salem, Oregon, as the potato chip maker, Kettle Foods, Inc. has been making chips there since 1982, and if you’re in for the biggest event of the year in Salem, don’t miss the Oregon State Fair from Aug through Labor Day, as well as the cities well known Salem Film Festival.

Salem is a family-friendly city with parks, golf courses, and famous restaurants.

“When it comes to cleaning, House Cleaning Salem Oregon is the ONLY place to go! I should’ve called them years ago! Thank you for giving me the best bang for my buck!”

“I had a change in my schedule and I totally forgot about my cleaning appt. I felt really bad and thought it would be a big hassle, but when I called they were so understanding and politely rescheduled. Thank you for understanding!”

“I have been really happy with Salem cleaning since my very first appt. I have been using them for several years now and would highly recommend them!"

Do you take cash?

We will take debit, credit, and your payments need to be made online

Do I receive an invoice after each visit?

Do you work holiday hours?

Our normal business hours do not include the holidays, but we will try our best to make our services convenient to schedule around during the holidays

What is the average time it will take to have my house cleaned?

Time is dependent on the size of your home or office and the amount of cleaning that needs to be done or that you have arranged on your personalized plan. Normally we like to limit our cleaning to 1-3 hours.

How much will it cost me to have my house cleaned?

The cost to clean your house has a few factors. The size of your home, the kind of cleaning you need - first time, deep cleaning, or maintenance housekeeping as well as your location.

Don’t wait another day to find a house keeper! By calling our cleaning services Salem Oregon you will be on your way to having more time to do the things you love!

You will not be disappointed with our quality of service, our affordable pricing, and our customer care! Whether you need a home, an office, or a building cleaned, we are looking forward to making you part of the House Cleaning Salem Oregon family, as we work together to meet your satisfaction.

We are the #1 home cleaning services and we want you to find out why! Call today for your free home estimate and we will have a specialist call you within 24 hours to get you all set up.

Legal Disclaimer – This is a referral site. All work completed by a licensed professional.